The Men Along the Shore and the Legacy of 1934.

At the beginning of the 20th century, employers launched an all-out campaign to crush the labor movement. Union organizers were portrayed as un-American in the media, and union members were subjected to a reign of terror, including vigilante violence, mass arrests, deportations, and lynchings. Radical union leaders were driven underground and many workers were forced to join company unions.

In 1934 the workers fought back. In May, maritime workers went on strike, shutting down the entire West Coast. A new labor movement was born. It was a birth paid for in blood. Police and vigilantes opened fire on strikers and demonstrators, killing and wounding workers in Seattle, Portland, San Francisco, and San Pedro.

This unique display of historical photographs, graphic arts, newspapers, artifacts and documents was originally commissioned by the Longshore Division of the International Longshore and Warehouse Union to portray the union’s origins in the historic 1934 strike. Historical materials were gathered from the ILWU library in San Francisco and union sources in San Pedro, Portland, Tacoma, and Seattle. Additional items were obtained from museums, historical societies, public libraries, universities, and the personal collections of ILWU members.

The exhibit pays tribute to those who sacrificed and gave up their lives so that future generations could live in a more just world and enjoy the fruits of their labor. 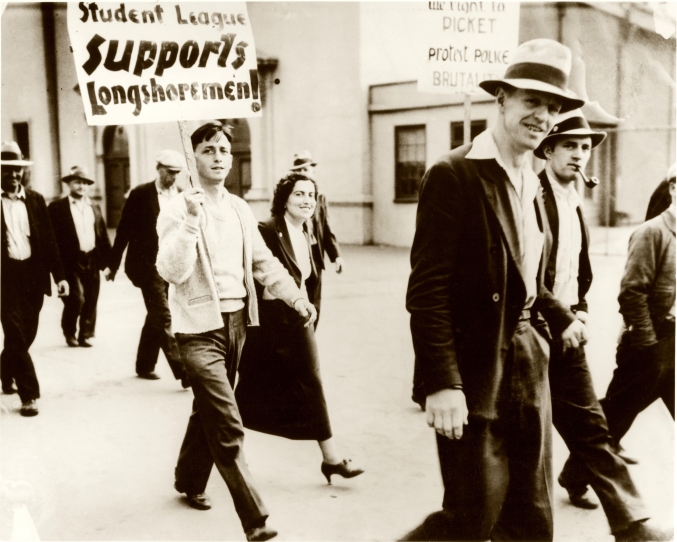